What an exciting day we had today! We were all really pleased to welcome special guest Martha to the group, an analogue film maker and one of my heroes! Martha makes Super 8 and 16mm films from her studio at East Street Arts in Leeds. (Take a look at the updated 'Artist' page to find out more about her...) Martha had brought her projector and some Super 8 film reels to show us, so we started the session looking at some of those.  She also showed us some film which had been dyed and painted so that we could see what was possible to do on our own footage. 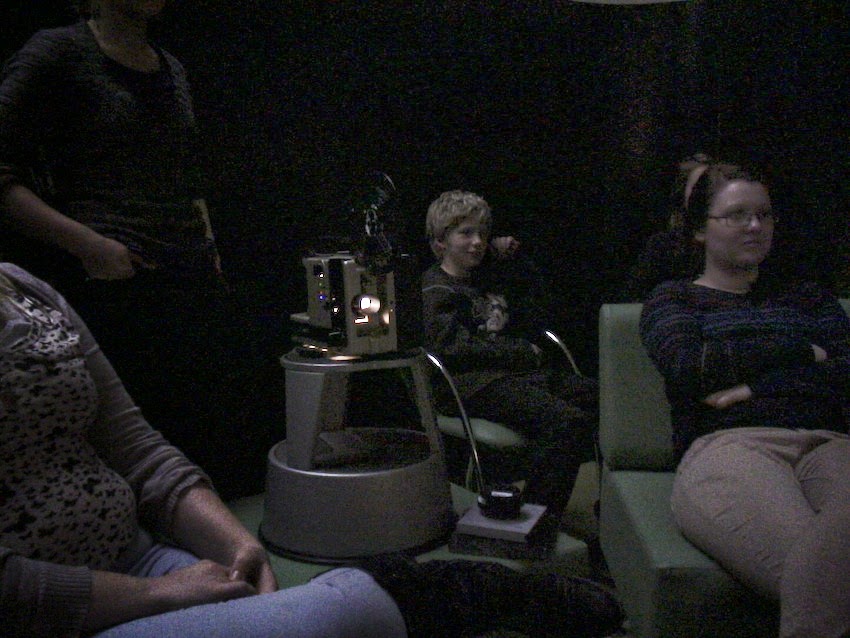 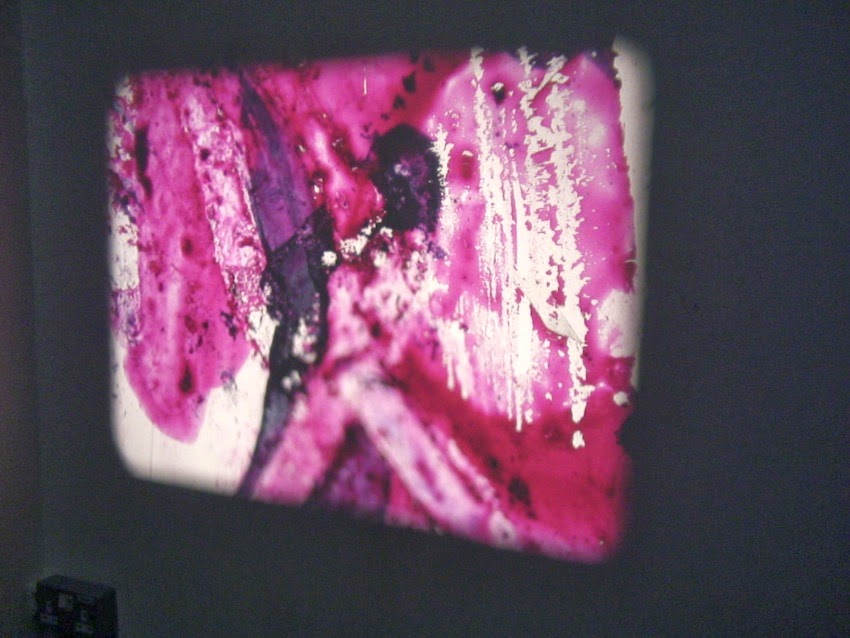 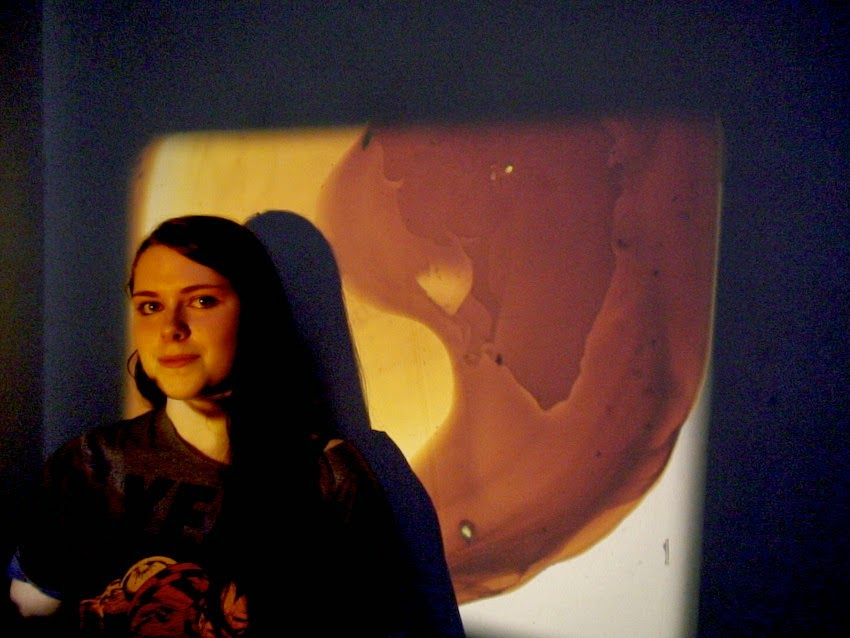 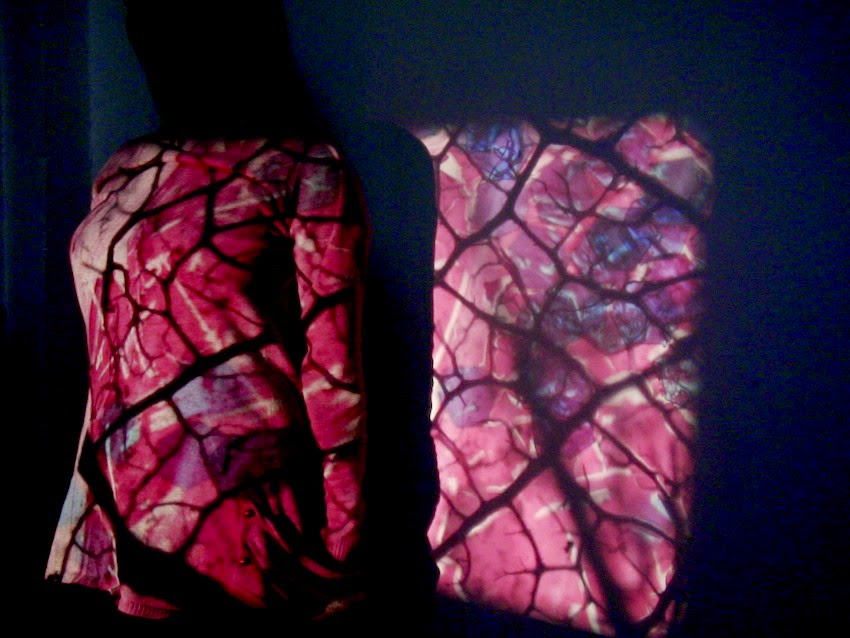 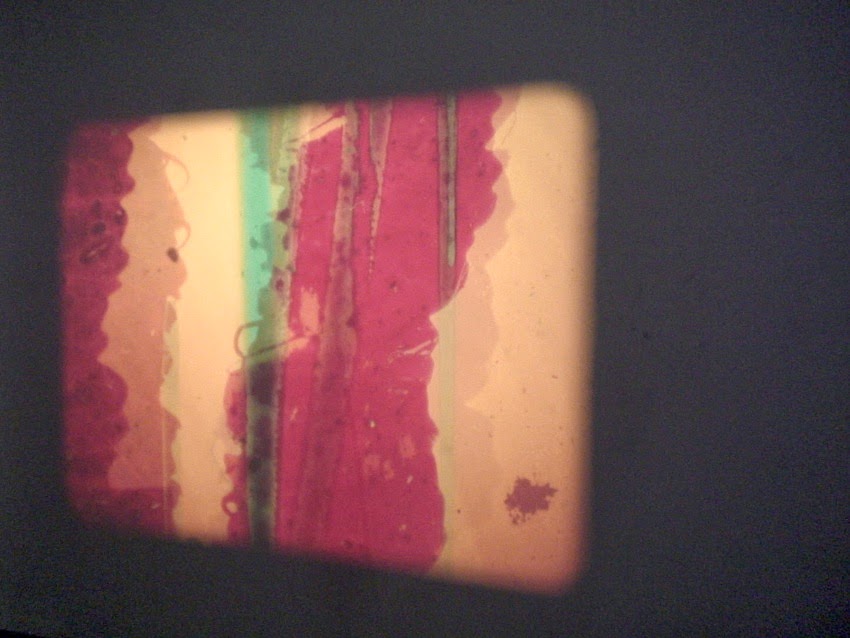 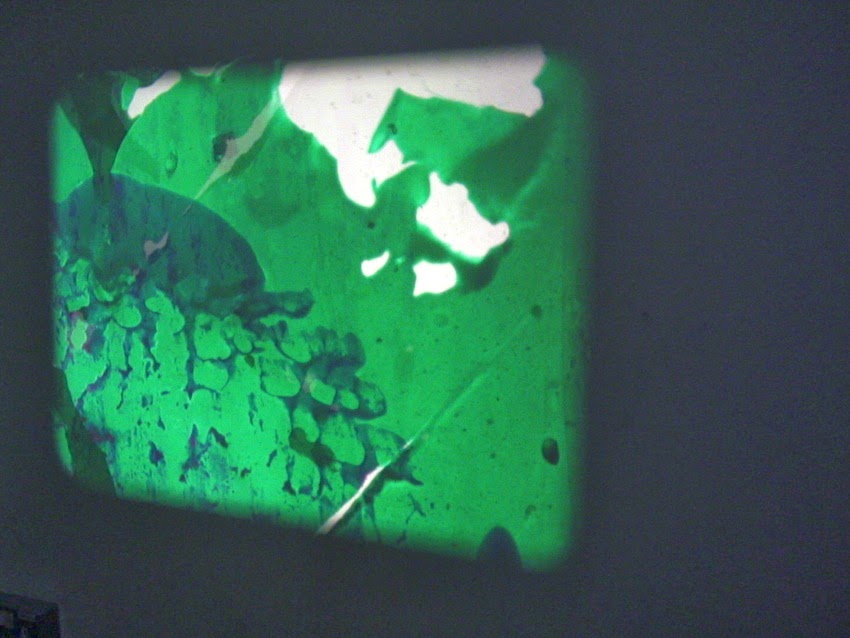 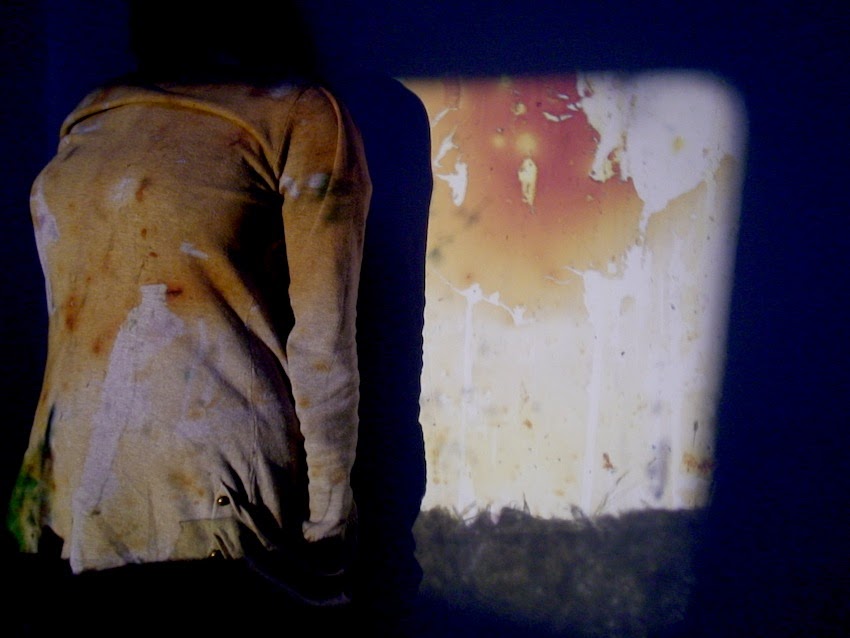 Martha then talked us through how we were going to process our Super 8 film shot during the previous session. Amazingly, we were able to do this using household products and a bit of elbow grease!
We used:
We made up the formula in a big bucket and then started the business of getting the film out of the plastic film cartridges. We had to do this in darkness and using photography tubs, so Martha had brought a special bag that we could
put the film and tub inside, zip it closed but then put our hands in through the light-tight arm-holes. This was a little tricky as you have to do everything by touch alone and being careful to not let any light creep into the bag.
We slowly pulled the film out of the cartridge which took awhile as there is 50ft altogether and we were doing this a bit at a time with our hands inside the bag. Once all the film was out we had to stuff the scrambled mess into the tub and put the light-tight lid on. Once this was done we could take the tub out of the bag. We then poured the developing formula into the tub and set the timer for 22minutes. Then we had to agitate the film inside the tub for the whole 22 minutes. 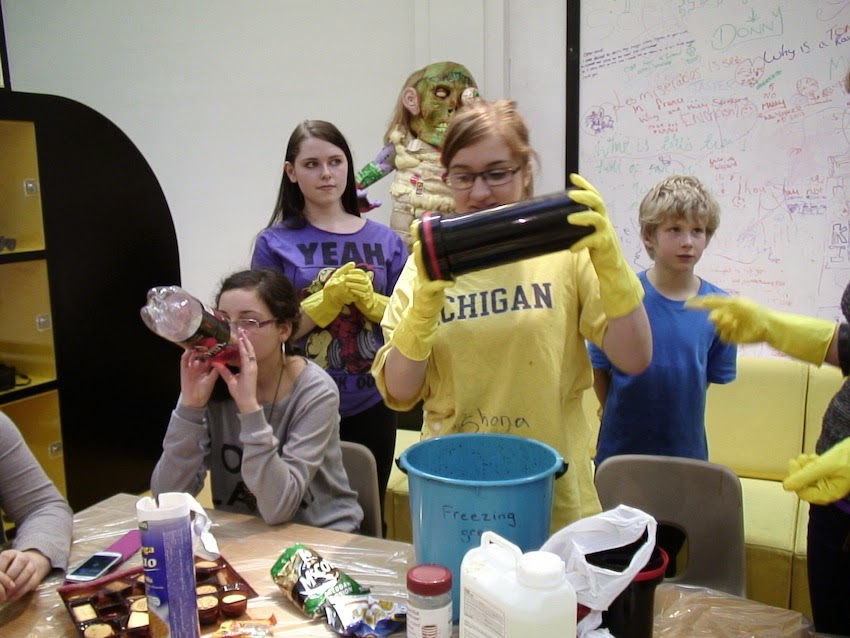 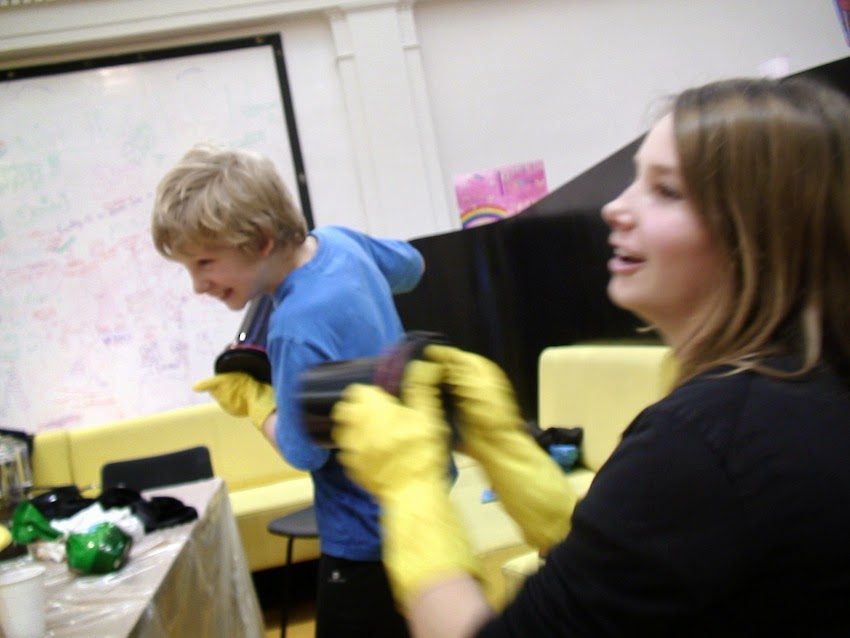 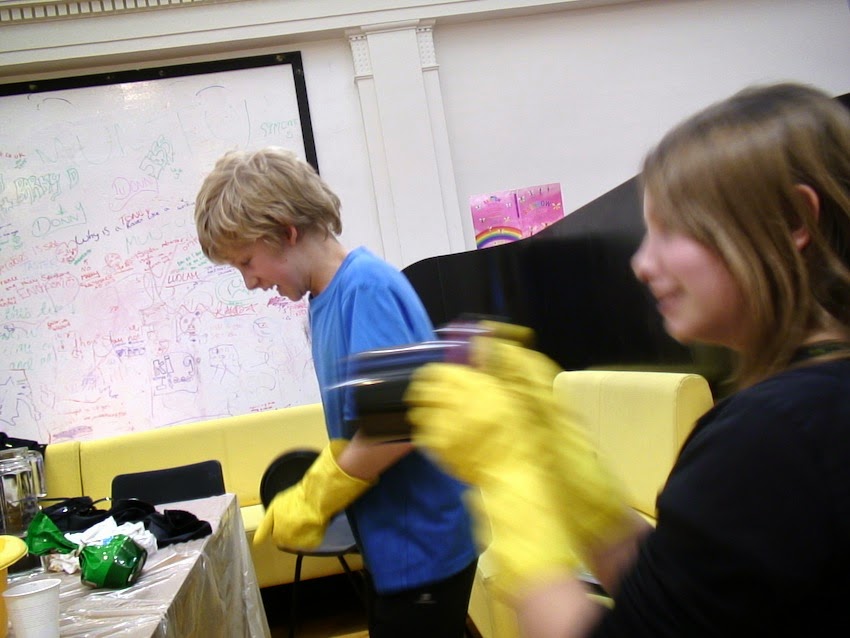 When the time was up we hot-footed it to the Library staff room and poured the developer back into the bucket. We then rinsed the film whilst still in the tub for a minute and then added photographic fixer and agitated for another 5 minutes and the  after fixing we rinsed with water again. After all this we took out the film and dried it off...we were then ready for adding a bit of ink and paint! 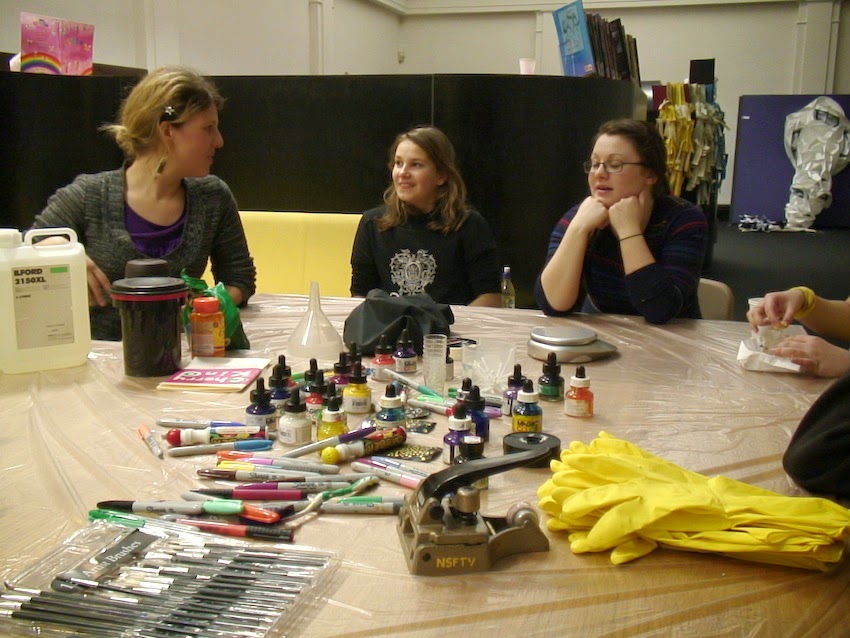 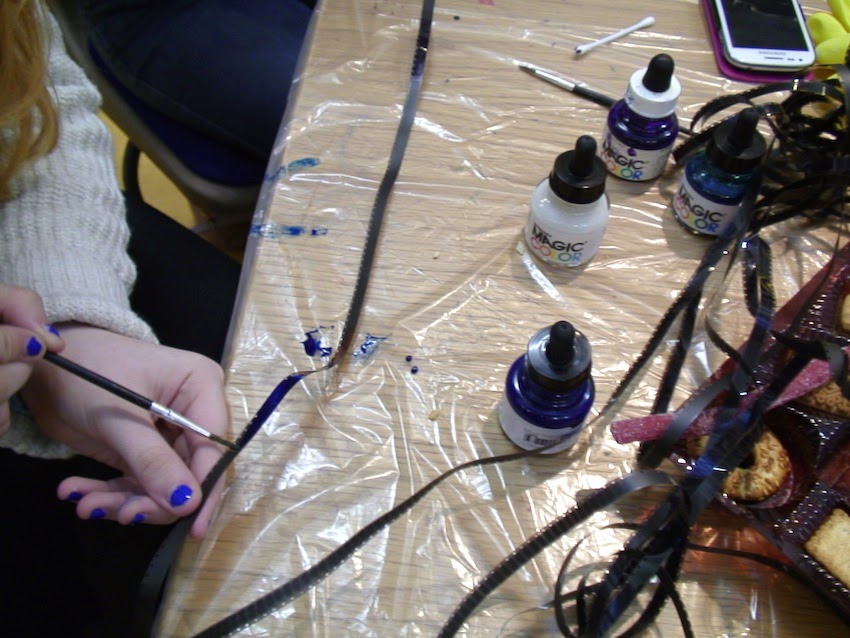 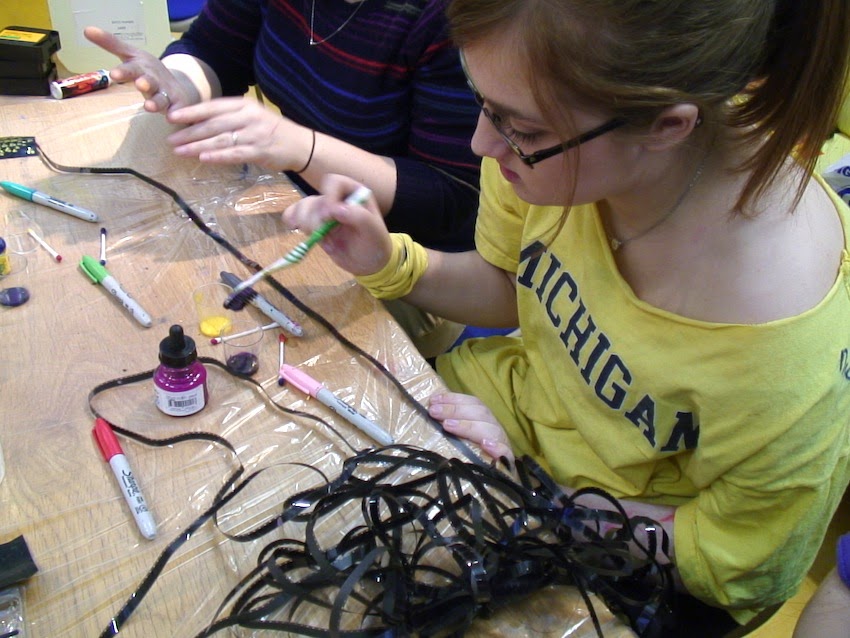 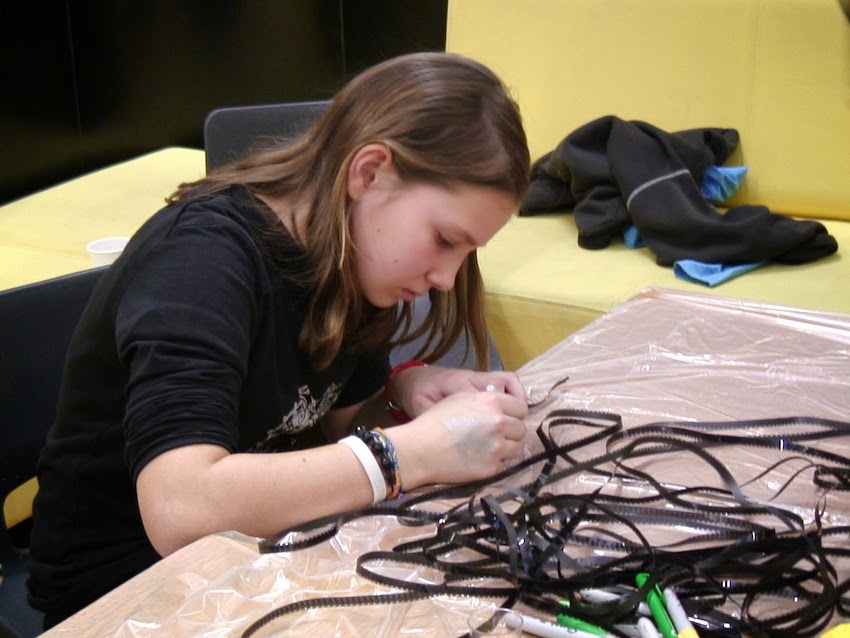 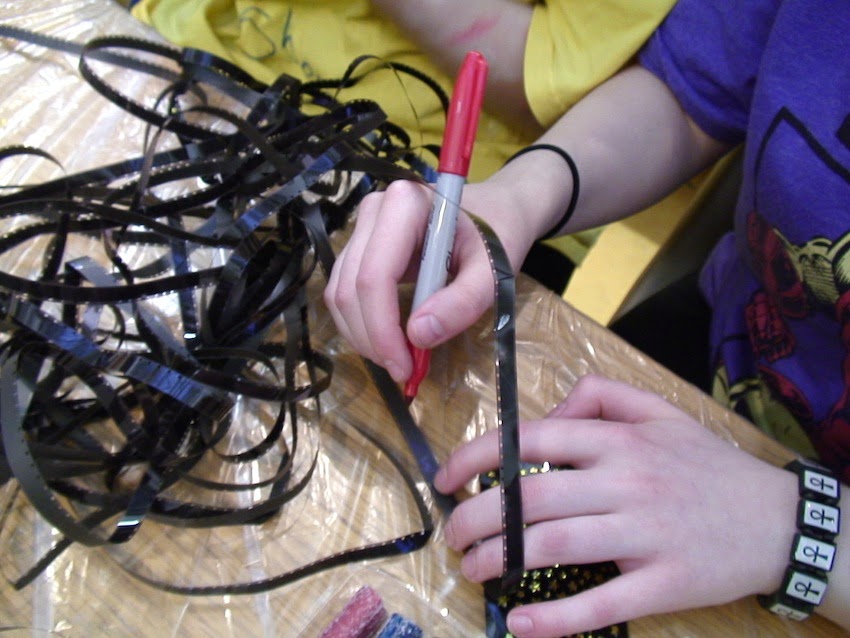 We learned a lot today, and for the group it was a window into a world that is disappearing in these digital times.