From 30th July over four Wednesday session, artist Sophie Gibson and I worked with a group of young people with Autism at ARC in Burnley.
We decided to make a long river collage that the Centre can put up on their wall as they have so much fantastic wall space. Doing a large piece of work was also a good way to include a varying amount of young people who all had different needs and preferences when it came to being creative.

Here are a few early pictures of the river starting to take shape: 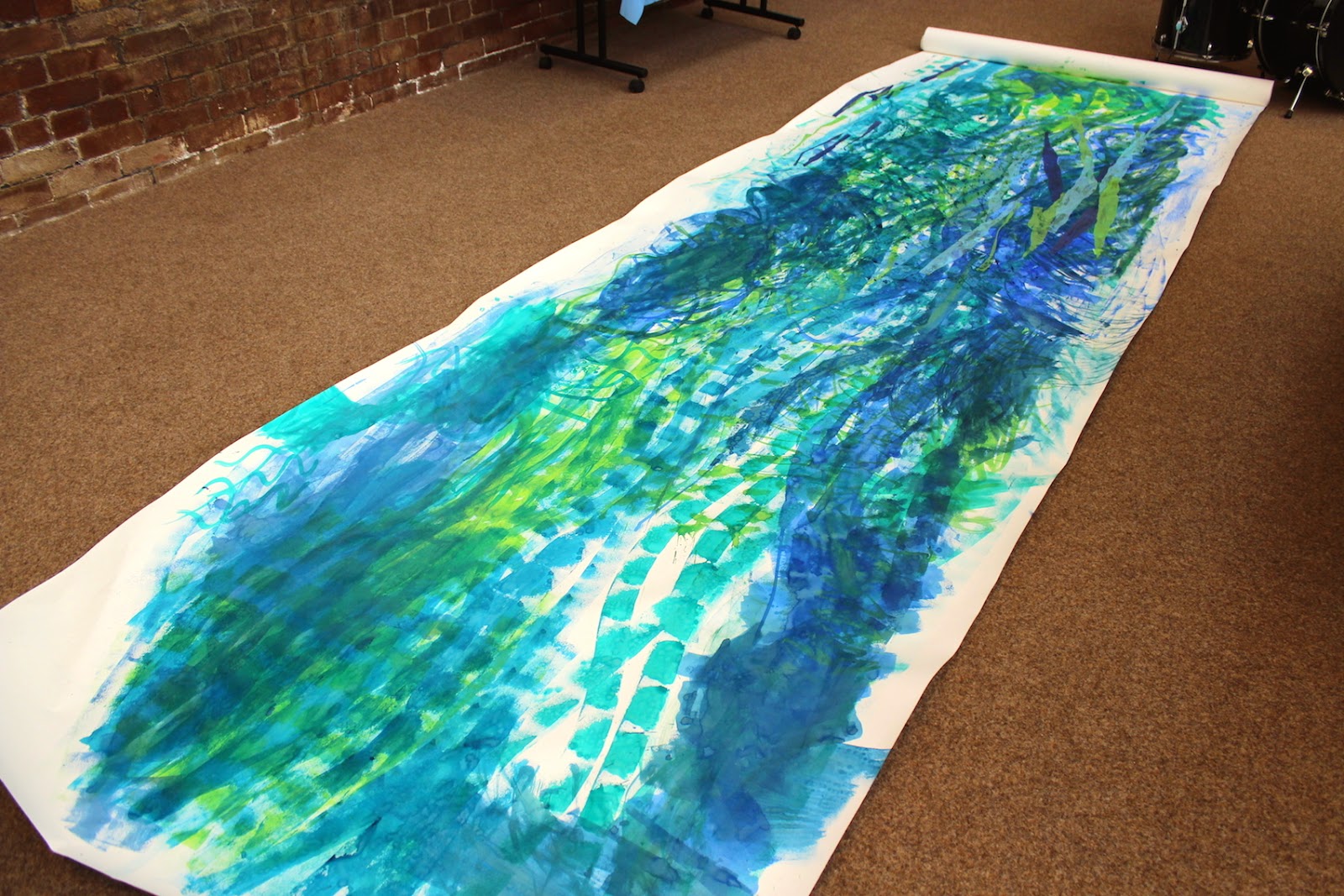 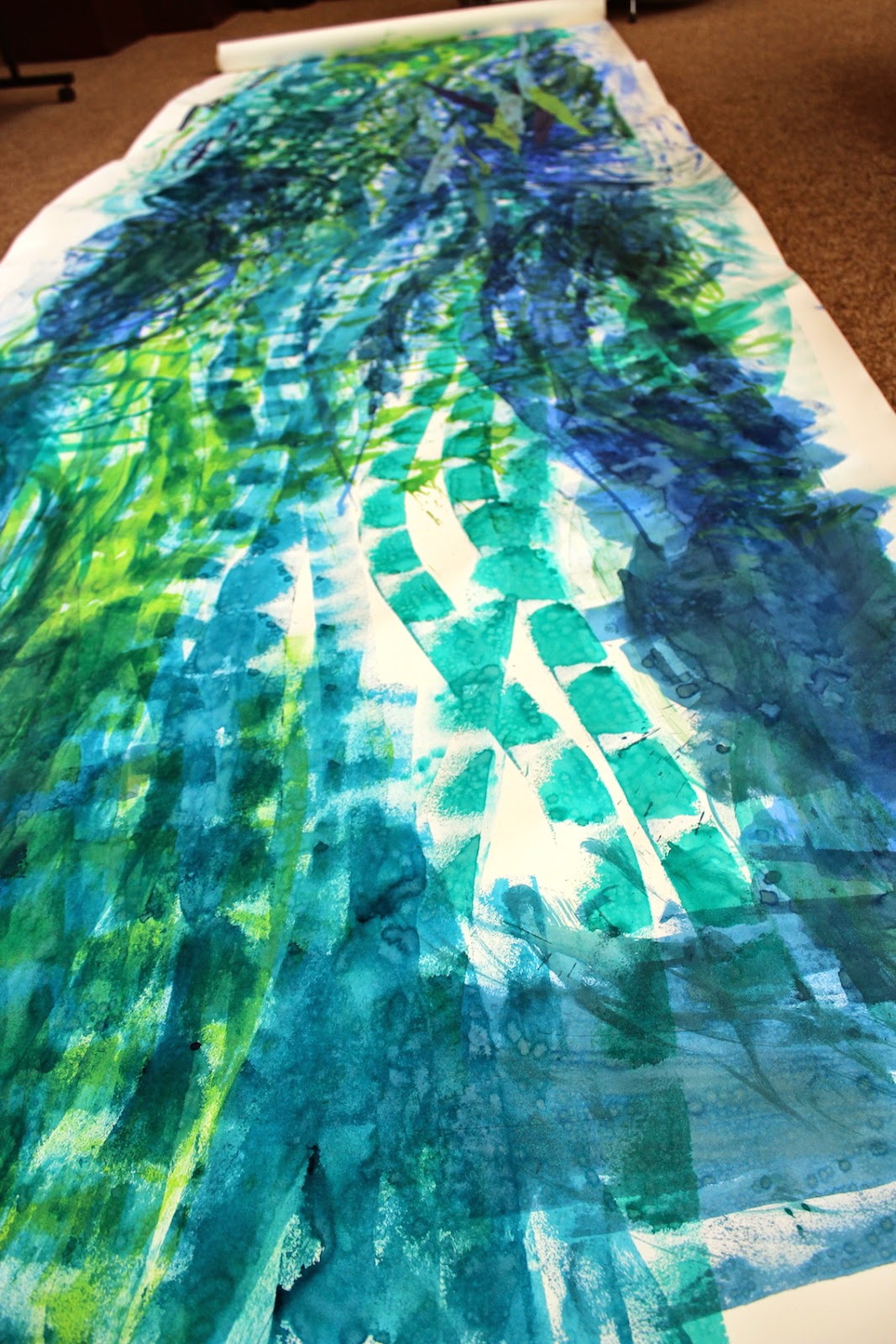 Then we looked at what kind of creatures live in our local rivers and illustrated them and boldened up the lines with black pen : 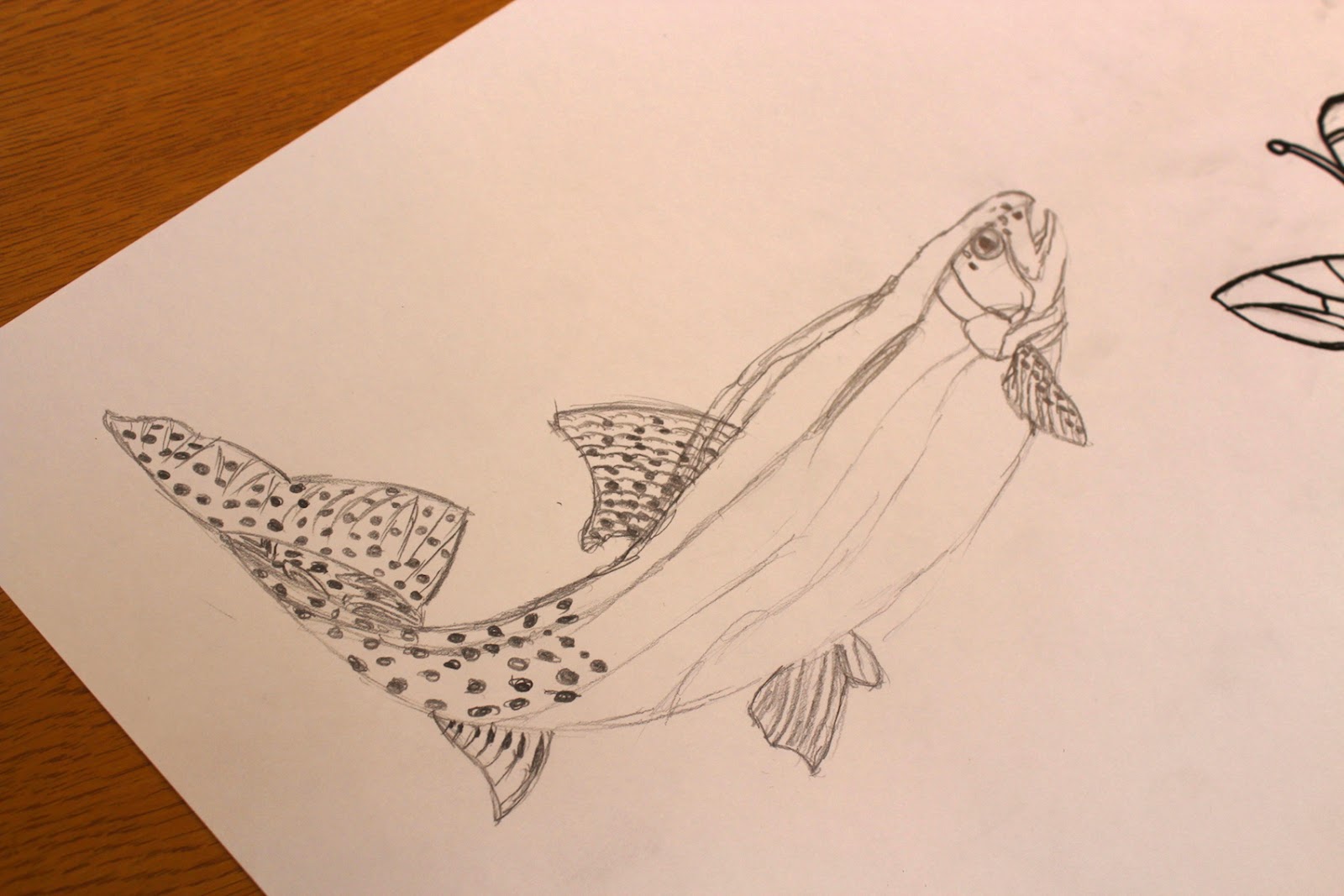 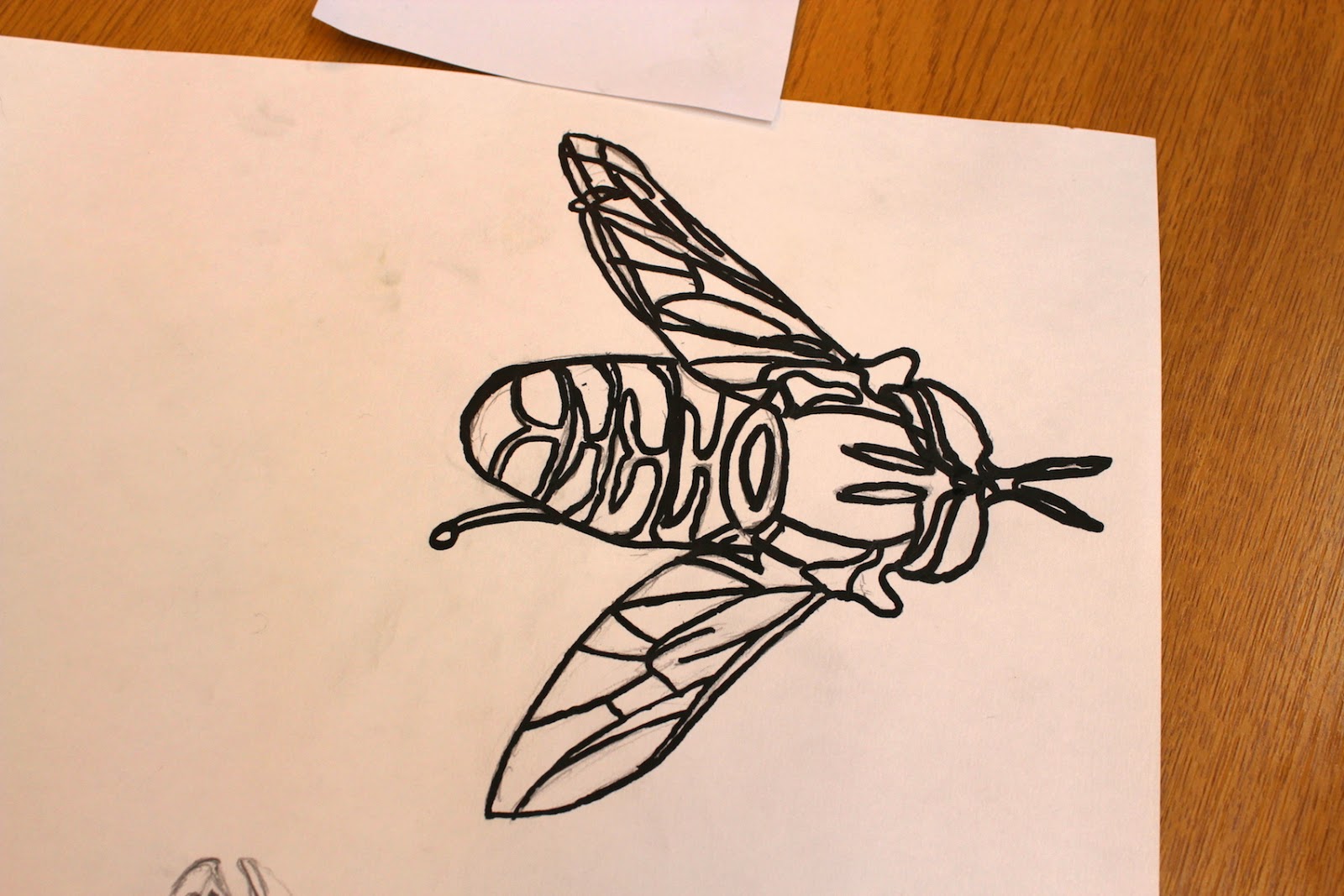 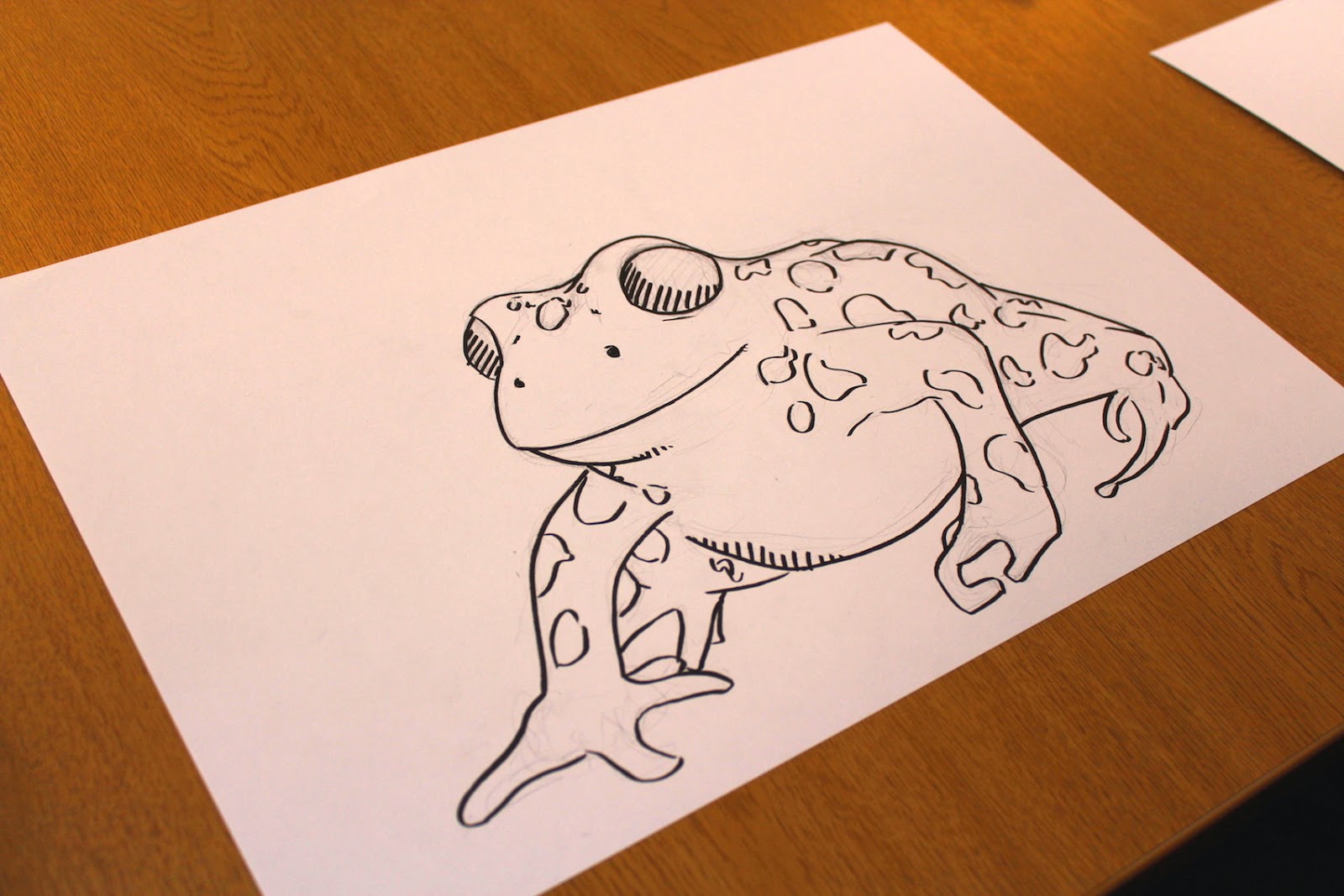 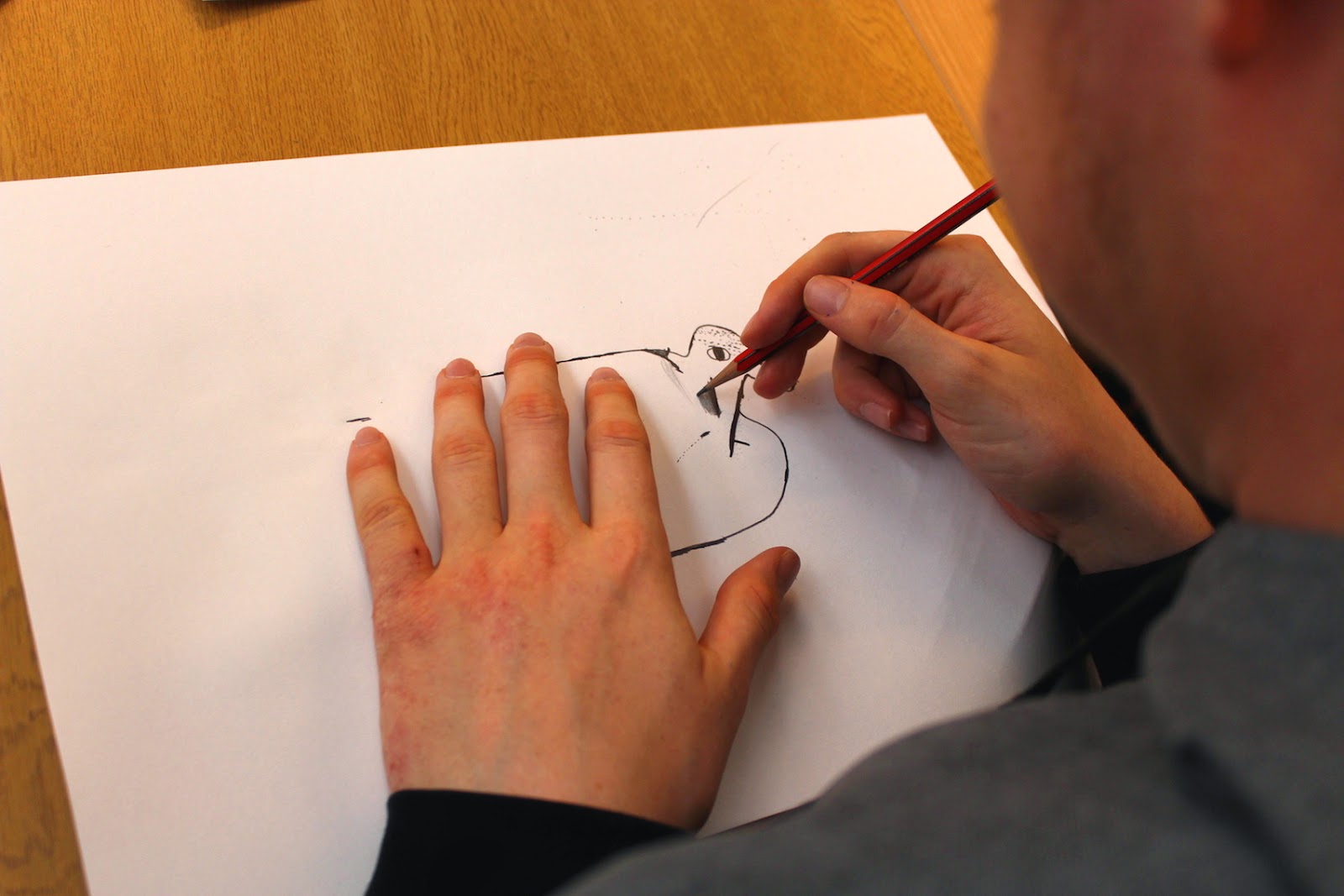 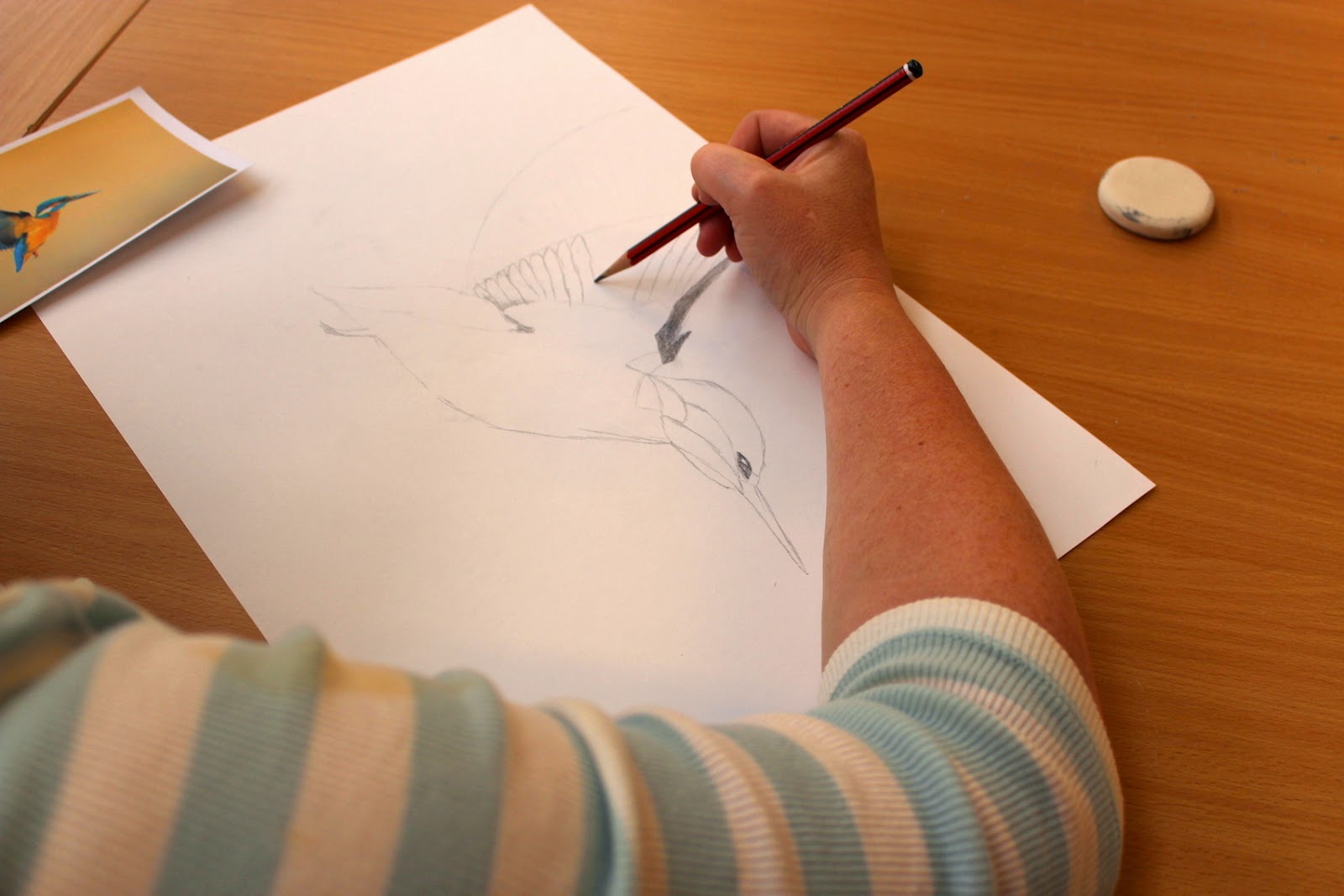 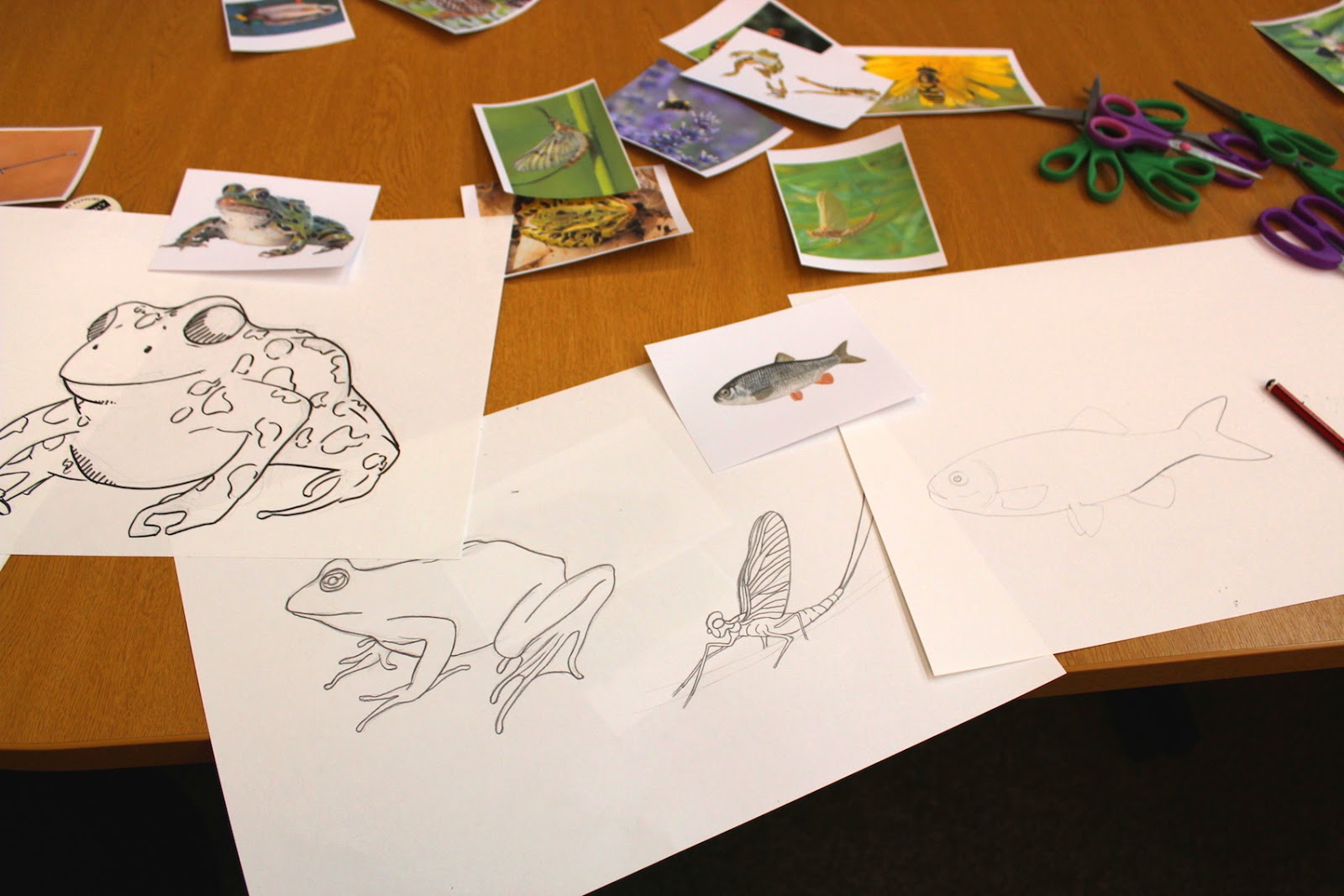 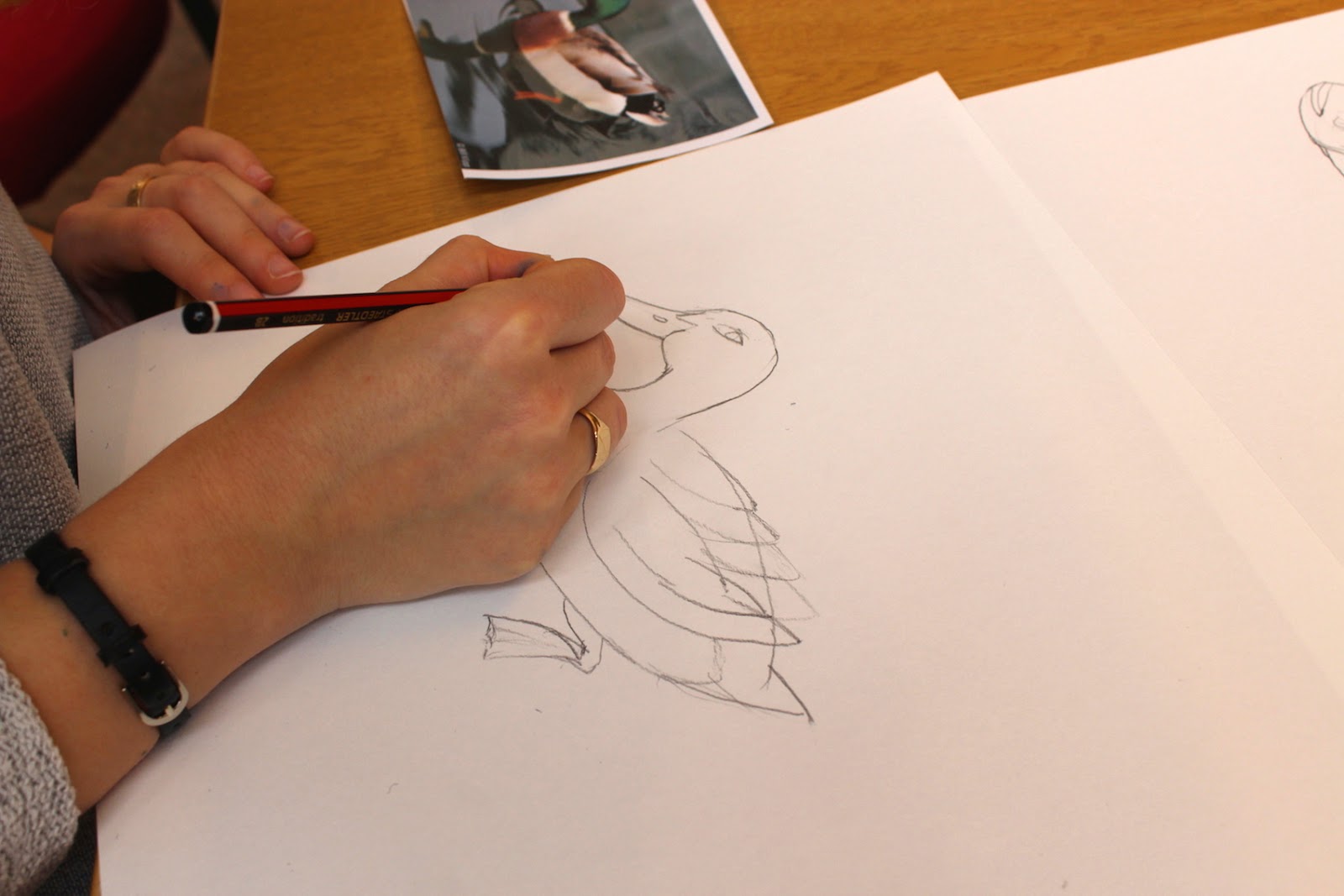 After doing some illustration we used magazines and books to create collages so we could invent some river creatures of our own. These crazy critters were then added to the river and the finished result is pretty spectacular I think! 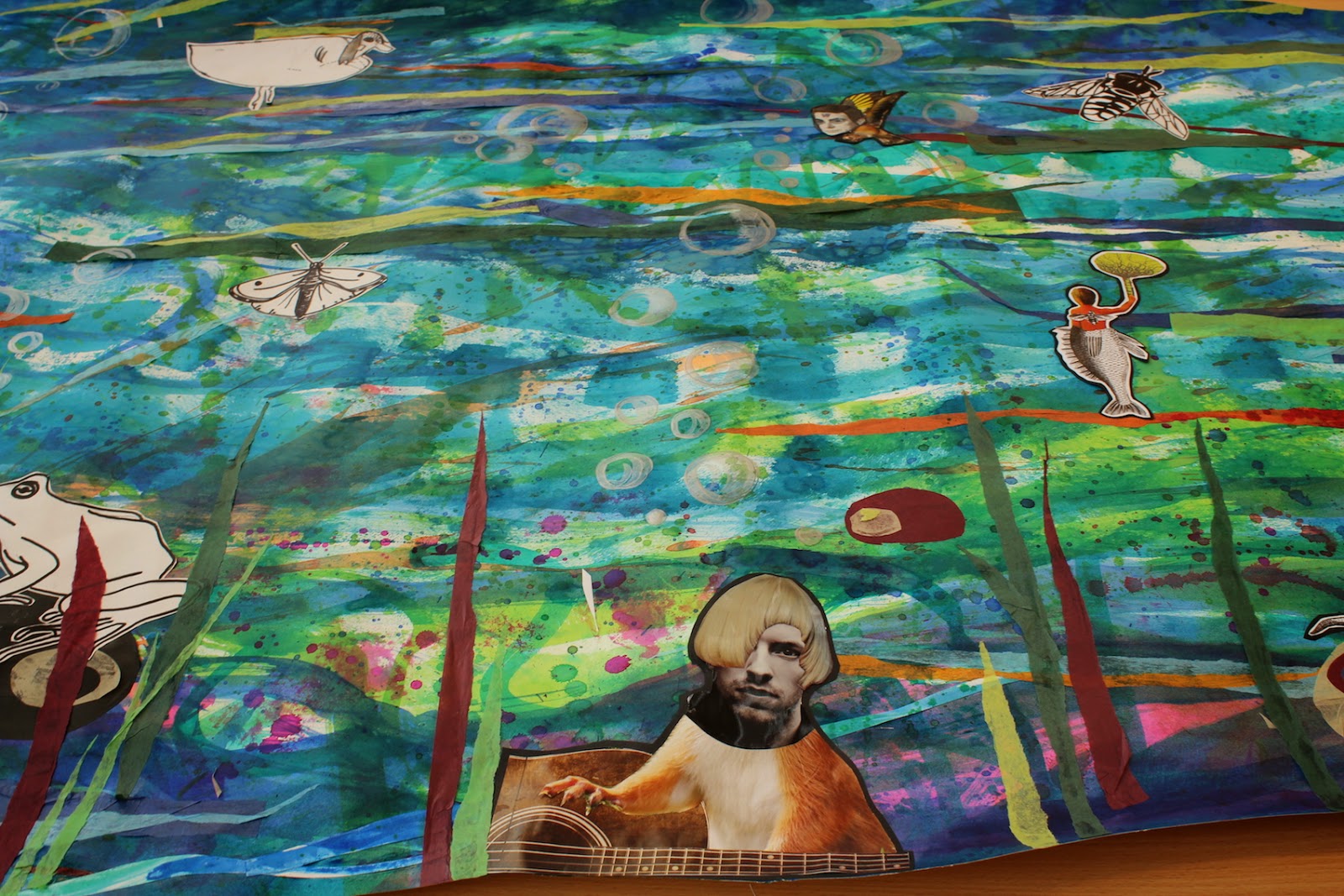 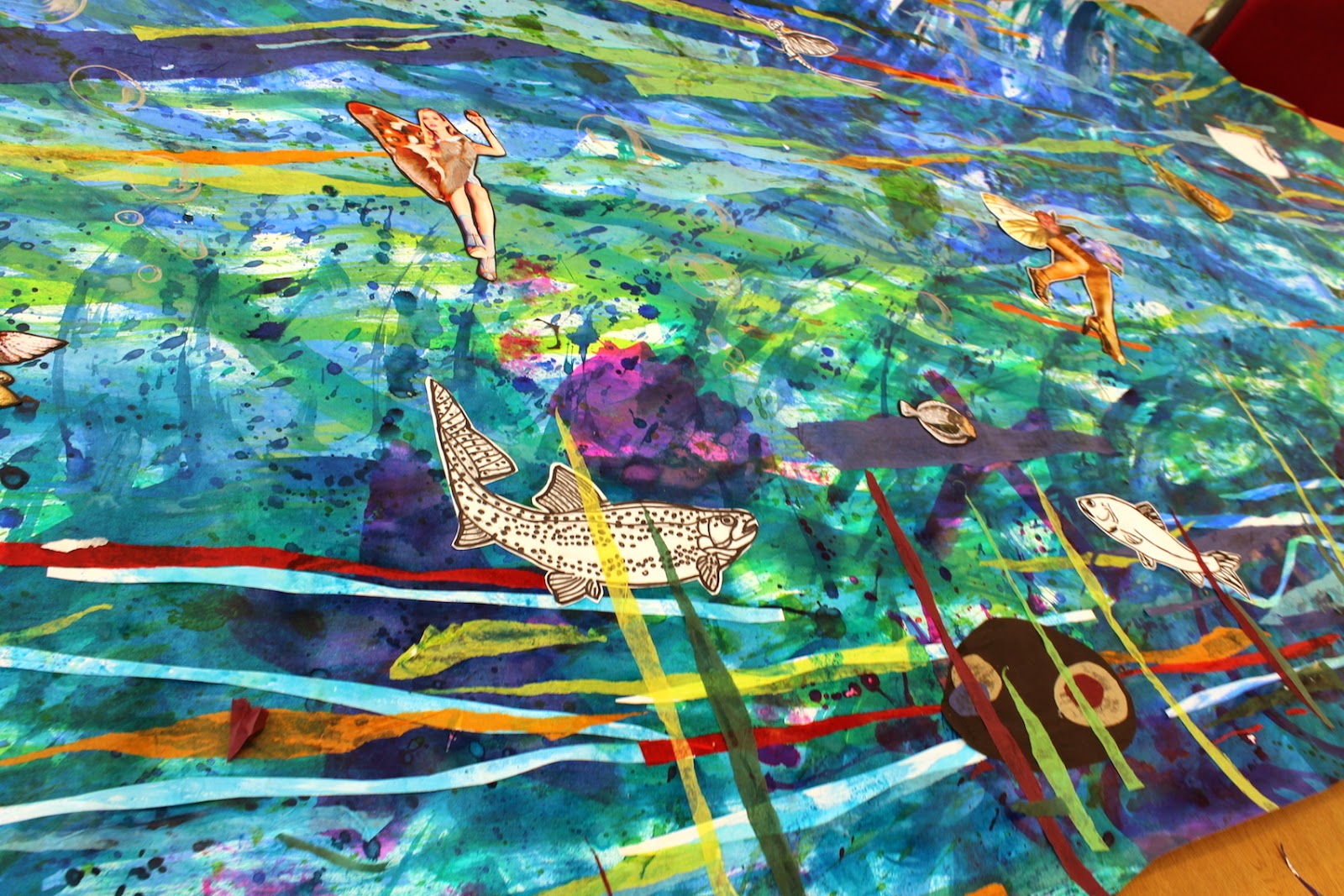 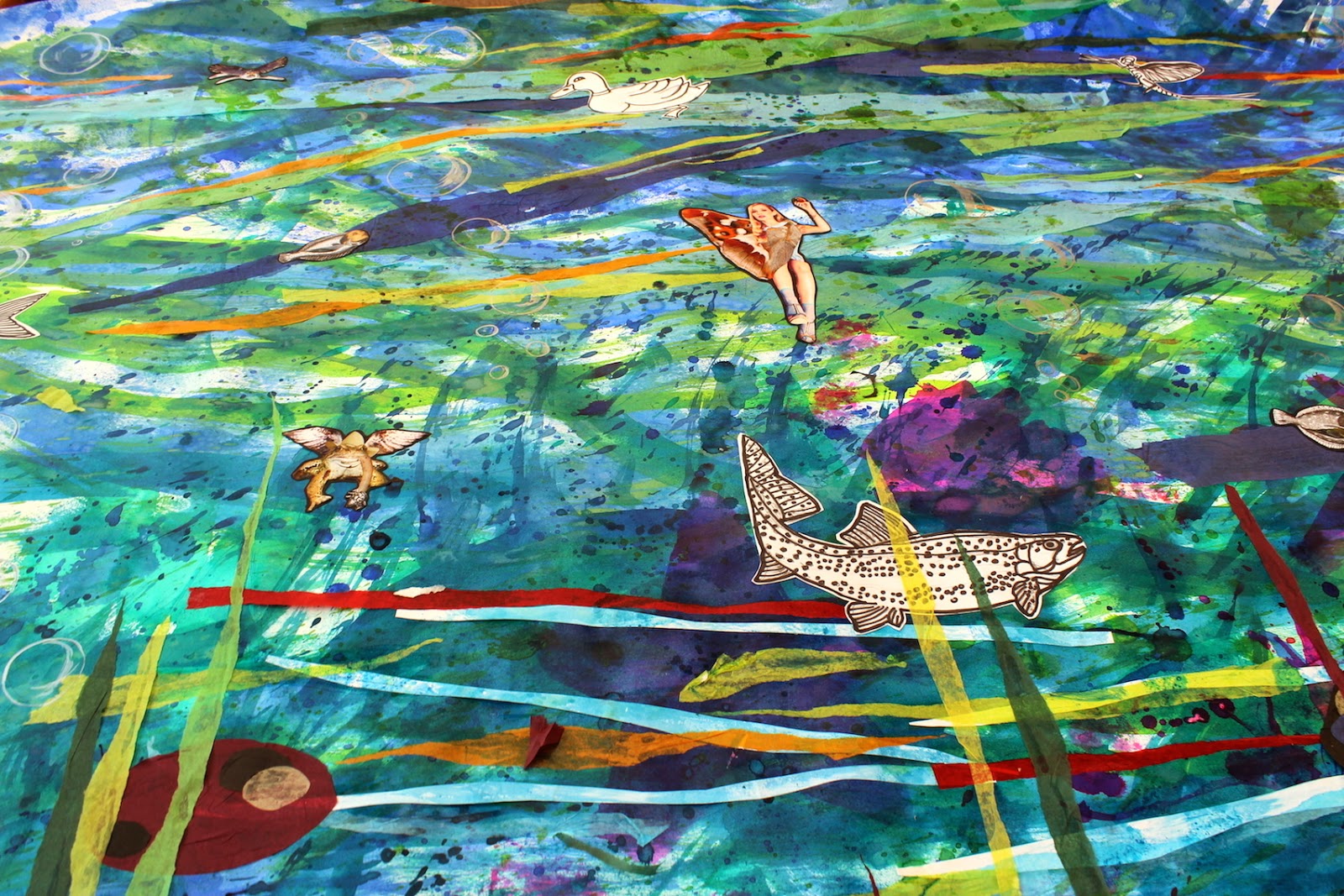 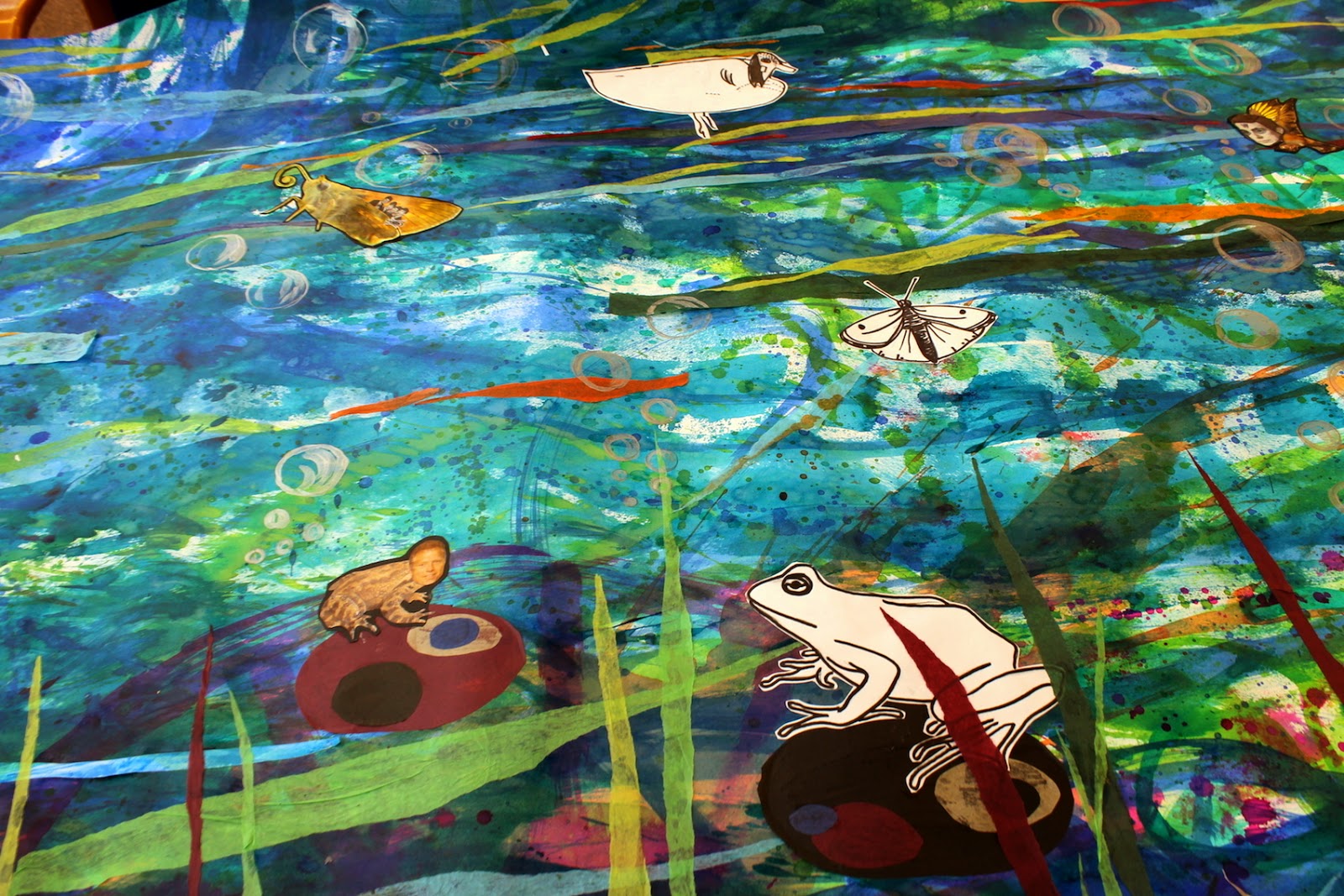 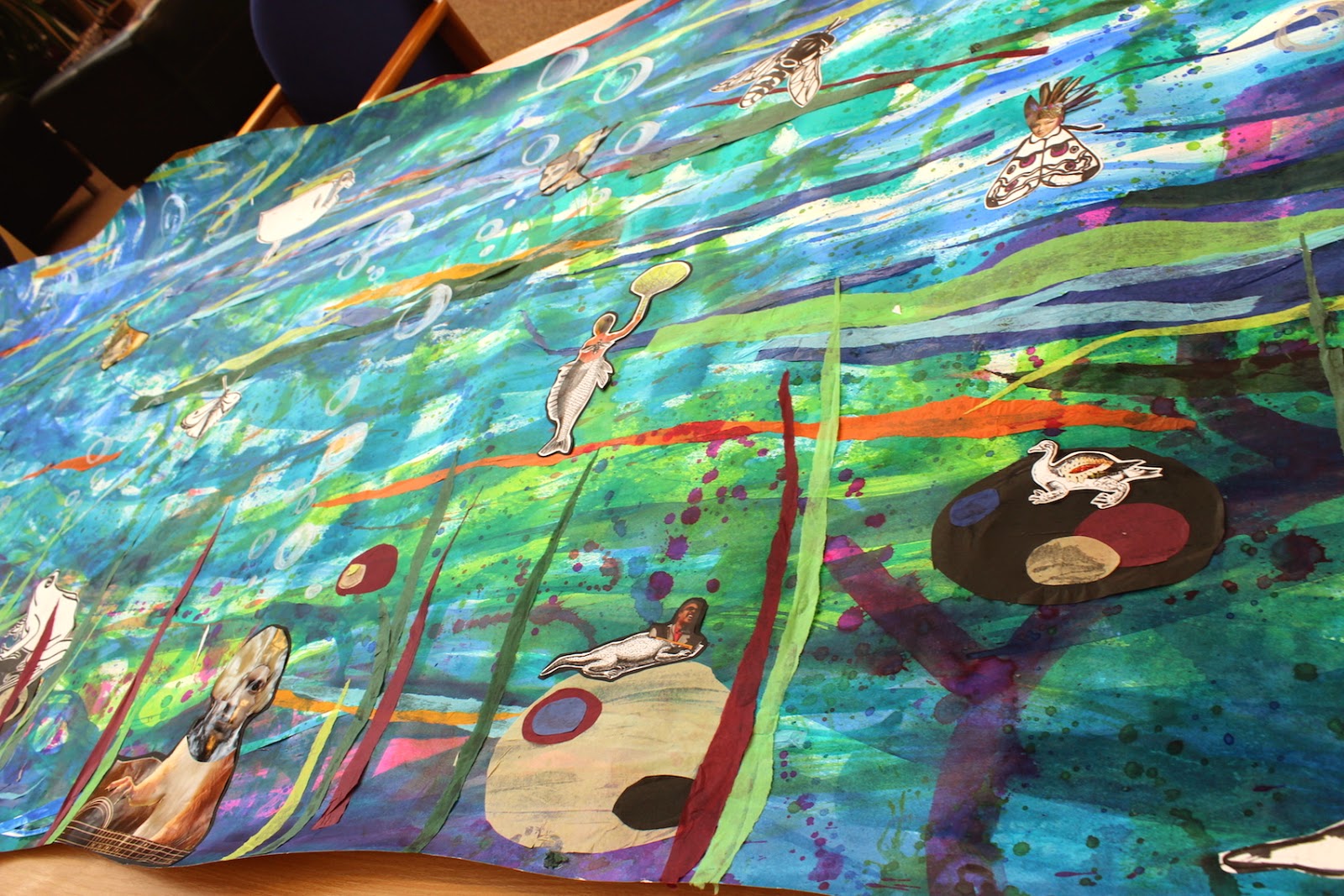 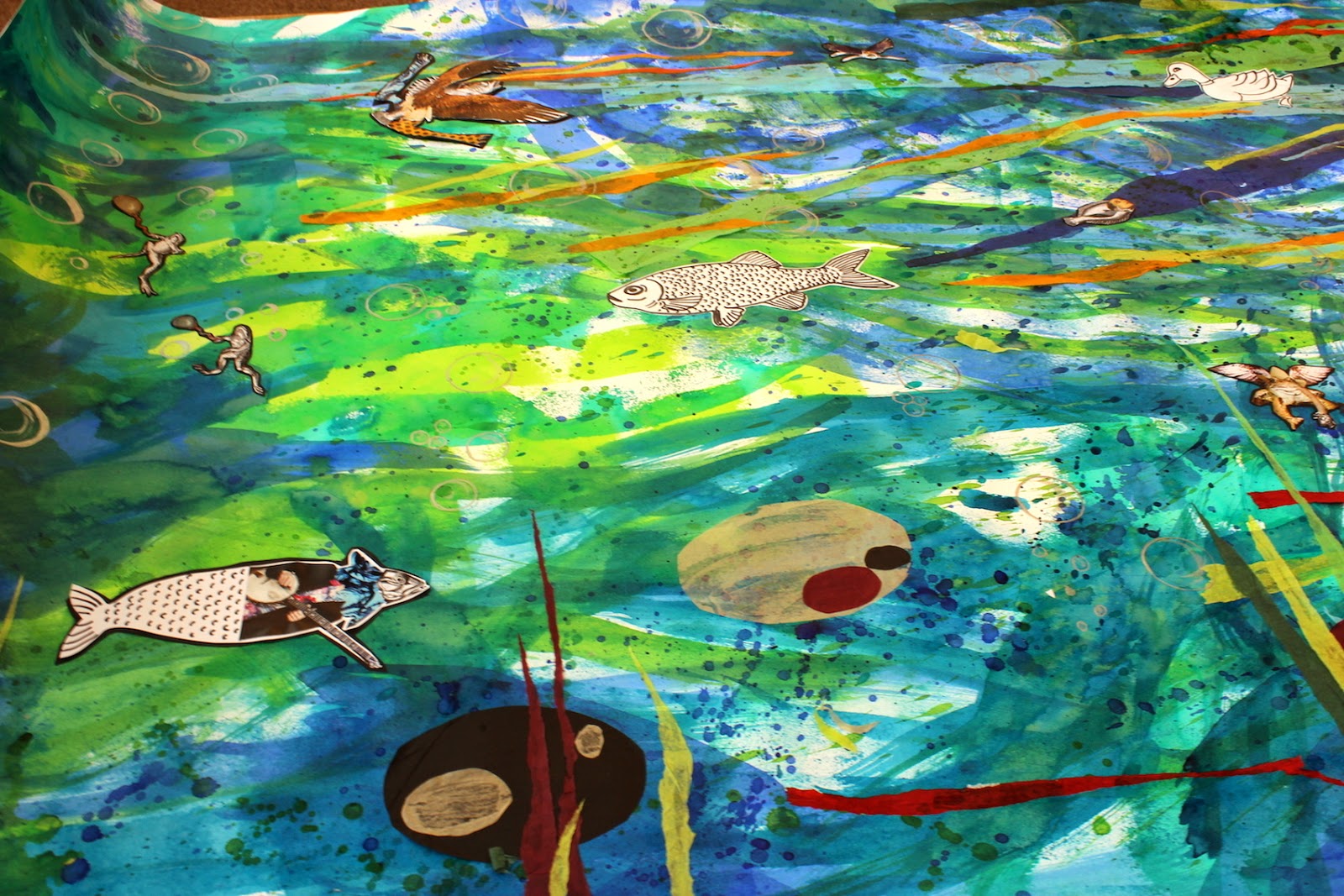 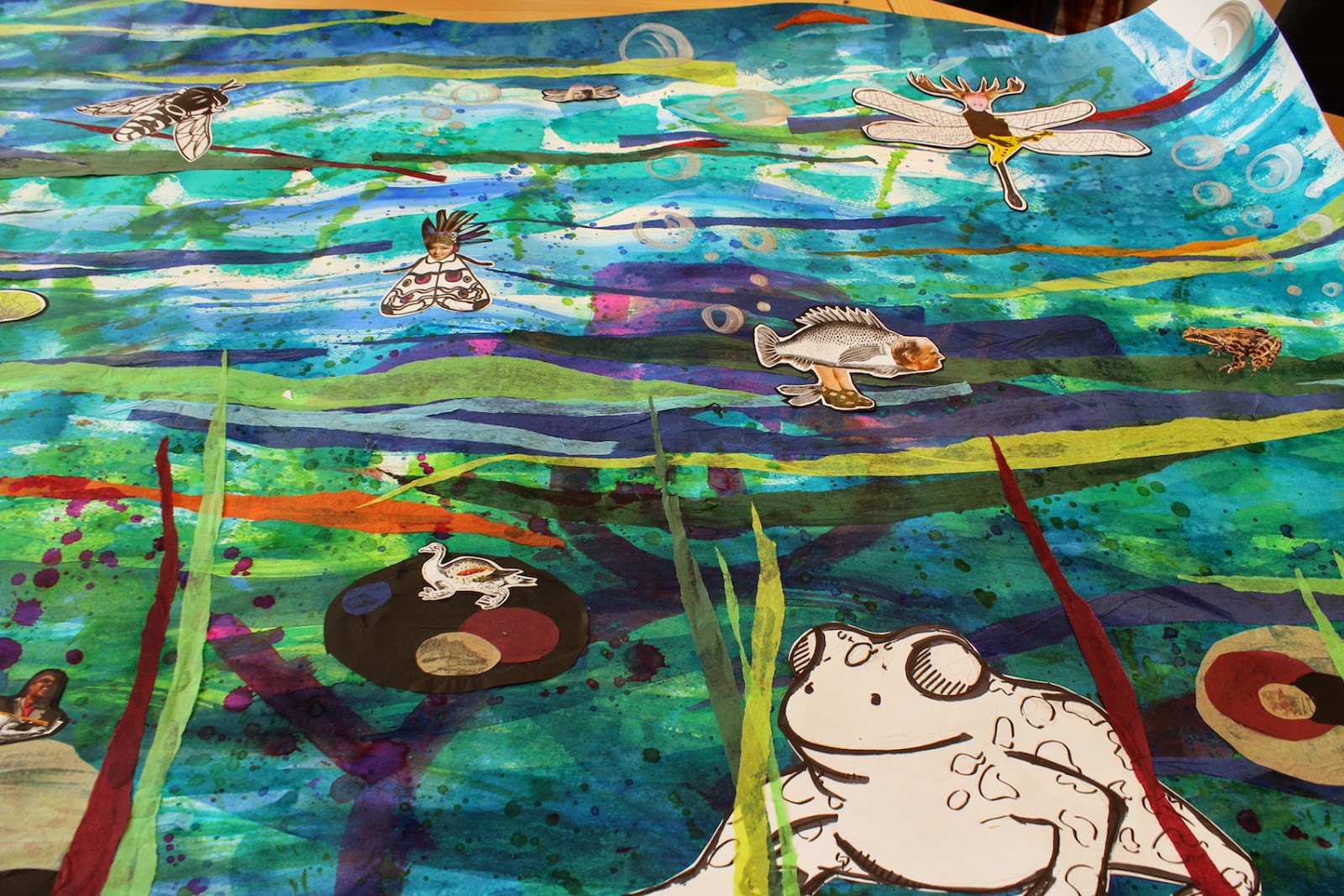